“Love is still the commonest theme of our songs,”

A societies shared values and rules of behavior (culture) are often expressed in popular music, especially in songs about romantic love. “Love has been a dominant theme for popular song for at least a thousand years”. “A recent study of commercial recordings finds that 90% (of love songs) are attributed to men—and most often men in their peak years of sexual activity.” (Gioia) Romantic courtship and the gender roles performed by the sexes has noticeably changed over time. I will briefly analyze songs from different generations and interpret some of the cultural clues found in lyrics.

Winter themed love song, “Baby, It’s Cold outside” was composed in 1944 and first released in 1949. A playful, call and response love song about a man wanting more time with his date during extreme winter weather. This song was considered romantic for many years, now the lyrics are described as “boundary-crossing sexual coercion”. The lyrics, “There’s bound to be talk tomorrow, think of my life long sorrow” bring up the social consequences of spending an unchaperoned night with a man.

“Women were expected to make sure men didn’t cross the line. Her personal reputation and her family’s reputation was on the line. Abortion was criminalized, and contraception was illegal in most states.” (McDonnel)

Rules for dating and consent weren’t solidly established during this time. Preventing unwanted sexual advances was a regular occurrence for single women. “The song is an important historical document because it does represent these constant negotiations. It’s describing an everyday encounter.”(TIME) This song doesn’t stand up in todays #metoo1 climate. These blurred lines of consent has gotten this song banned on some radio stations despite it being a Christmas time classic.

After the Free Love and Feminist movements of the 1960s and 70s, sexuality was much more openly explored and discussed in popular culture. People dated more casually and had sexual experiences before marriage. Cutting edge music in the 1980s included androgynous artists like David Bowie and Prince. Men more frequently show sensitivity and express romantic feelings, opposite of the masculinity performed in previous generations. Traditional gender roles are challenged with fashion; men wearing long hair, makeup and women’s clothing and accessories.

One of the top Love songs of 1983 was by London rock band – The Police, “Every Breath You Take”. Written during a marriage separation, song writer, Sting described it as being a songs about “jealousy, surveillance and ownership”. A celebrated love song, the lyrics excessively depict obsessive stalker behavior (Nguyen) that would warrant a restraining order today. Domestic violence and intimate partner abuse during the 1980s was still considered a private matter. Stalking, a form of emotional abuse is an example of irrational love is romanticized in the lyrics. (Brogaard) “Lust, Infatuation and dependency represent orientations that are often confused with love.” (Scheff 105). Obsessive surveillance from an ex romantic partner would likely decrease a persons overall happiness or well-being. (Broggard)

Neo Soul artist, D’Angelo is one of the best-known sexual icons in U.S. popular culture after “Untitled (How does it Feel)” is released in 2000. (Watson) “The opening lyrics provide a picture of foreplay and seduction that rely on a fairly predictable performance of black male sexuality in contemporary black popular music and culture. Confidently declaring his ability to satisfy his lover’s needs, D’Angelo states that he “can provide everything that u desire.” (Eilis) “Hailed a musical genius of his generation by music critics and his peers for bringing out hip hop soul’s brooding complexity and melancholic sensuality”.

“The video is a display of black masculinity that’s affectionate but confident, and delicate but strong. A middle ground between Tupac’s infamous bathtub photos and the first 30 seconds of Prince’s “When Doves Cry” music video.” (Watson).

The song and accompanying music video challenged traditional black male masculinity. Instantly turning him into a sex symbol, the music video sexually objectifies the recording artist during a time when music videos were primarily made to satisfy a male gaze.

The first two songs I analyzed reveal a power struggle in their lyrics. In The Police song, the woman is described as his property and even though she is released from the relationship she is subject to surveillance. In the song, “Baby, It’s Cold Outside”, the man won’t take NO for an answer. “In sum, the man gets the girl drunk amid her protestations so he can take advantage of her” (McDonnel) In both songs, the man expresses authority and power over the relationship. These are contrasted by the D’Angelos song lyrics that focus on female pleasure.

Progress in gender equality has normalized casual dating. Financially independent women feel less urgency when it comes to finding a husband or life long partner. This is expressed by women artists regularly through popular music, exposing the new cultural norms. 2019 Grammy Winner, Lizzo sings about women’s freedom and body positivity. In her song “Cuz I love You” she sings;

“Never been in love before, What the fuck are fucking feelings yo? Once upon a time, I was a ho, I don’t even wanna ho no mo’. Got you something from the liquor store, Little bit of Lizzo and some Mo, Tryna open up a little more” –

Lizzo is in control of the intimacy, she’s buying the gift and is the gift. These lyrics expose a sexually dominant woman and the rejection and reversal of traditional dating roles.

My preference is to listen to love songs from the 1990s, artists like Mariah Carey and TLC. I find that as a collection of music, there is a nice balance to the messages found in the lyrics of 90s R&B. Women are allowed to be both powerful and feminine. I appreciate that today younger populations are more accepting of different artists and different kinds of relationships. Artists like Lizzo sing about self love and challenge the western ideal of feminine beauty by loving and flaunting her plus size figure. Queer love is mainstream thanks to singers like non binary artists, Sam Smith and Lil Nas X. New Zealand band, Tame Impala sings about lovers from previous lives – implying reincarnation. We are so lucky that ideas about love and relationships have transformed in such a positive way and been channeled into a more inclusive spectrum of music.

Nguyen, San. “Why ‘Every Breath You Take’ Is the Most Misinterpreted Song.” Medium, Medium, 21 Jan. 2020, medium.com/@sannguyen/rethinking-the-surveillance-through-every- breath-you-take-c80326fd5b58.

Scheff, Thomas J.. What’s Love Got to Do with It? : Emotions and Relationships in Pop Songs, Routledge, 2011. ProQuest Ebook Central, https://ebookcentral.proquest.com/lib/pccol/ detail.action?docID=4185932.

WATSON, ELIJAH C. “There Will Never Be Another Music Video Like D’Angelo’s ‘Untitled (How Does It Feel)”.” Okayplayer, 24 Jan. 2020, http://www.okayplayer.com/music/dangelo-untitled- how-does-it-feel-video.html. 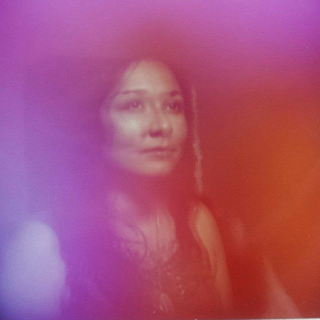